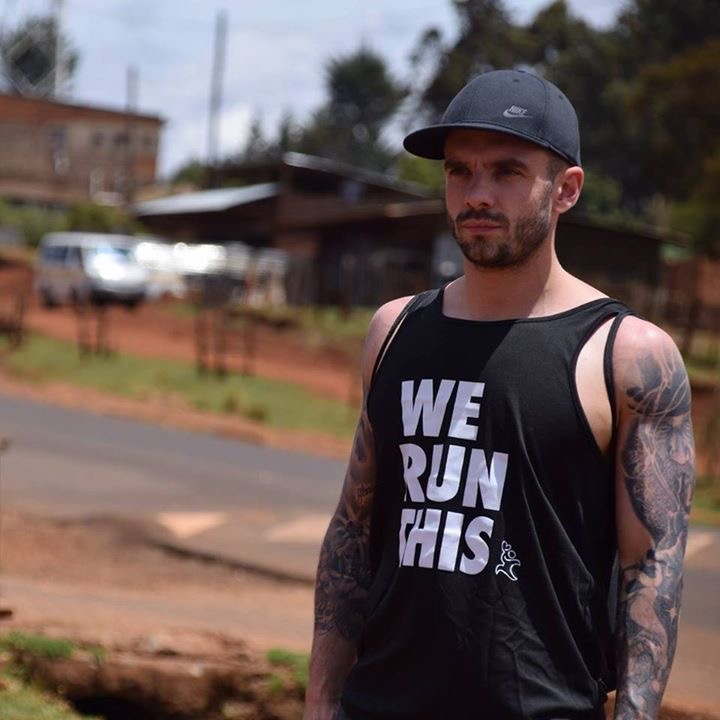 PURYA! Hi Chris! Thanks for taking your time to answer my questions! Lets start right away: Did you already run today?

Chris Actually not today, I’ve been a little sick recently so taking some time to rest and recover.  When did you start running?

PURYA! Has it always been your passion or did you discover it recently?

Chris I have always been into sports, but I started to run longer distances when I lost my father back in 2012. Running became more than ﬁtness for me, but actually a way to deal with whatever life throws at me !

PURYA! What does your training plan look like? Are you already preparing for the next marathon?

Chris All being well, I begin my marathon training project on October 16th. I have an online coach based in Kenya who has set me up with a base phase for the next weeks , as my ﬁrst marathon of the 7 marathon challenge is not until April 2018 in Paris.

PURYA! What is your current best time?

Chris I haven’t taken things seriously until now, so my PB in a marathon is 3 hours 50 – but to achieve what I want to achieve in the major marathons i need to take 1 hour oﬀ this!

PURYA! What motivates you to keep running?

Chris Alongside doing it for myself and own peace of mind, I also run for others. But the feeling after a run, and the general wellbeing I feel when I am ﬁt is a huge motivation to never lose that.

PURYA! Running 20, 40km a time causes huge physical stress. Are you prone to injury? If so, how do you handle that?

Chris Yes I am. My current program is working towards a total weekly mileage of 120km, so I need to take caution. I don’t do it enough, but stretching, foam rolling, strength training, careful nutrition and most of all plenty of sleep.

PURYA! Diet plays a big role for most runners. What does yours look like?

Chris Room for improvement, that’s for sure. With my new program starting now, diet is something I really want to focus more care on !

PURYA! You have a very busy schedule, manage the health club, a foundation and you have ambitious athletic goals that require loads of training. How do you cope with the stress?

Chris I have stress, that’s for sure. I also travel to the UK  every weekend, which piles up. But for sure the training helps with the stress reduction and pressures. As does completely switching oﬀ when I am with my 6 year old son at weekends – he brings a reality check on the things that really matter each week.

PURYA! Back in April 2017, you founded Runners Heal. What is it that you do to help people in need?

Chris Initially I spent time in Kenya and came across some crisis issues that I felt compelled to assist in. Each one of those I Crowdfunded money for back here in Germany and UK, and then did my best to ﬁx those crises. To date that includes saving two lives, and rebuilding 2 houses, alongside building a school farm.

PURYA! How do you provide school meals for kids in Kenia?

Chris Runners Heal is now oﬃcially a social enterprise which I created in order to supply school meals. Each shirt we sell, we donate one child with one months worth of food via our local farm contacts in Kenya.

PURYA! How did you come up with the idea to sell shirts for a good cause?

Chris I felt that consumers like to have something in their hand whilst doing good, and us runners are passionate about what we wear. I also believed that runners would be proud to wear our product and help spread the word.

PURYA! What did the work teach you?

Chris Perspective. And a lot about myself, too. I could name 100 examples, but to make eye contact with a child who is hungry and supply them with food – basic food we take for granted – this is life changing.

PURYA! How has the response been so far, both by the running community and the people in Kenia?

Chris Overwhelming to be honest. I never expected anything like this when I ﬁrst set out a few months back, but now national media outlets wanting to run press articles and social media inﬂuencers contacting me asking to get involved it really has exploded . In Kenya, it has been fantastic. I am welcomed there like family, and look forward to going back in December for the 4th visit this year.

PURYA! When is your next trip to Kenia coming up and what will you be doing there?

Chris In December – delivering food from recent sales and also checking up on the projects I took over this year. I am also looking at adding another large farm to help some schools self sustain.

PURYA! What are your plans for the future regarding Runners Heal?

Chris To continue the way things are going but on a larger scale. Even though we have provided thousands of school meals, there are thousands more children In need and id like to help as many of them as possible. 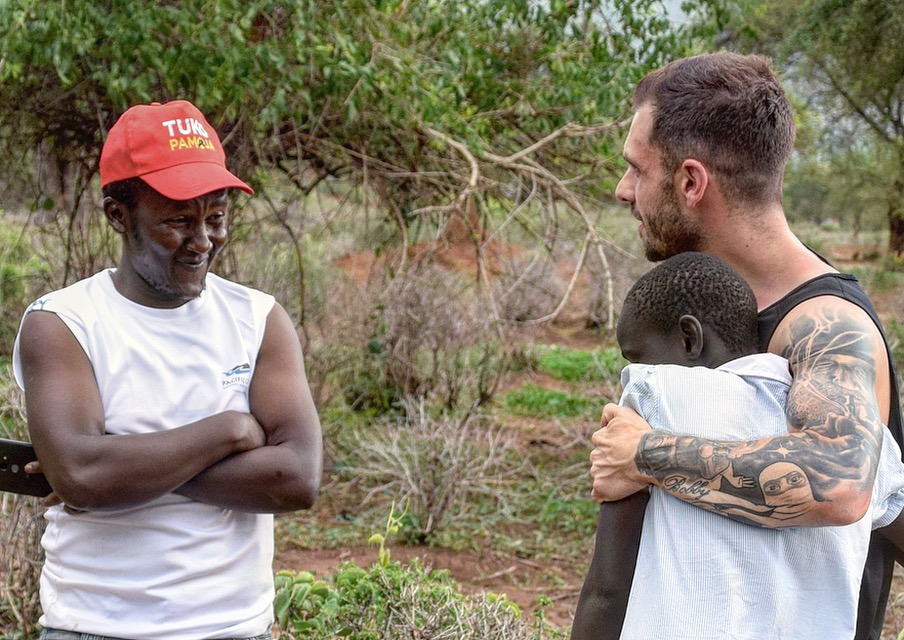 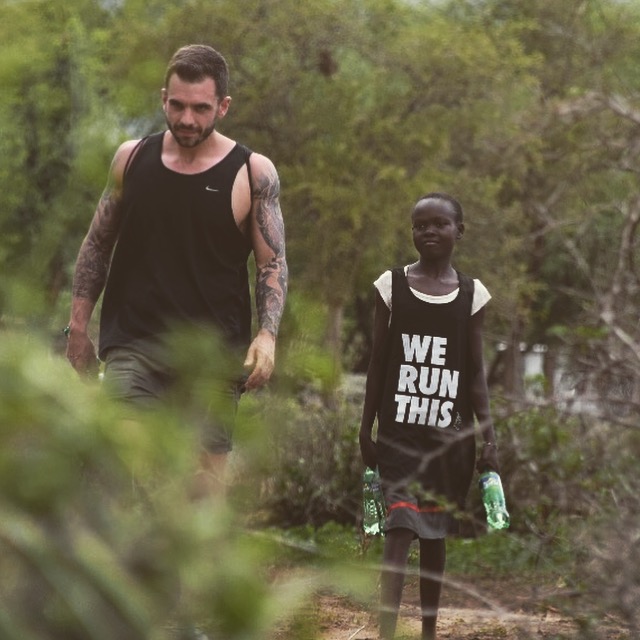 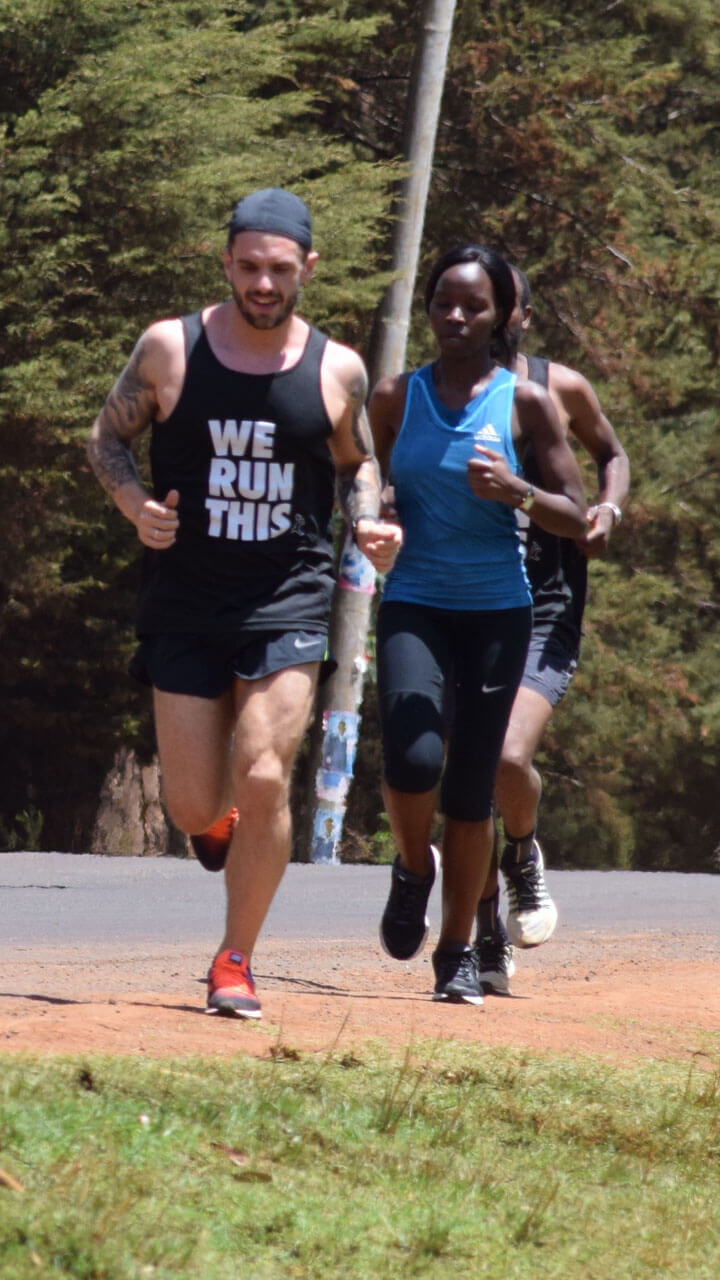